Browsing around the clove

500th anniversary of the first circumnavigation of the Earth

The year 2019 marks the 500th Anniversary of the First Circumnavigation of the Earth by the Armada de Molucca, the fleet led by a talented Portuguese sailor, in an expedition to reach the Spice Islands sailing from Europe.

Fernão de Magalhães (worldwide known as Magellan) was in charge. The Spanish Crown, formed by the Kingdom of Castille and Aragon, financed the trip. However the Spaniards on board never trusted their Portuguese captain. The origin of the sailors looked like the European Parliament, they were from all around Europe (there were no women, though).

Magellan had to deal with inaccurate maps, extreme weather conditions, hostile natives, lack of food, illnesses on board, that led to many mutinies. The expedition lasted till 1522 and was completed by the Basque captain Juan Sebastian Elcano. The journey’s relevance is still visible in many places, being the Strait of Magellan the most famous one.

In those days spices were as valuable as gold. Spices, particularly cloves from the Spice Islands. Located in nowadays Indonesia, the Maluku Islands were the key point of the whole trip to happen. They set sail heading to the West to find a new path to avoid crossing the East, controlled by the Ottoman Empire. Two hundred and sixty-five determined men departed, but only eighteen were able to come back. We will follow the wake of the carrack Victoria and its adventures, but not only.

This acoustic trip aims to describe how the world functioned and how this key moment for Europe, the so called “the conquest of the world” or as some call it now “reencounter”, shaped the way we perceive humanity. How indigenous epistemology was almost erased, or how suddenly eating habits changed forever. Analyzing it, with its strengths and flaws, the narration will be spiced with a strong decolonial perspective, giving voice to all the people involved in their own languages.

With the help of the official journal written by the Venetian scholar Antonio Pigafetta, and also with excerpts of Stefan Zweig’s book “Magellan”, we will formulate a completely different approach to, as the Austrian once said, “maybe the most magnificent odyssey in the history of mankind” but also one of the most important moments in the birth of ethnocentrism.

“Browsing around the clove”, a radio show produced by David Córdoba Bou for Radiofabrik. 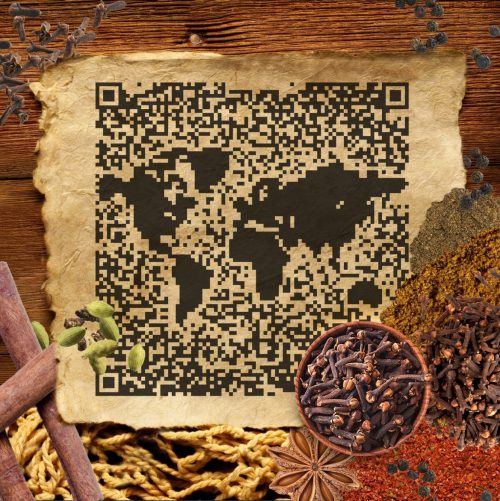 With the feat already completed, in this last episode called saccharin, we talk about the geopolitics of the trip, and how the world was changed (for better or for worse), until our days:

How the world was governed from that moment on by a Eurocentric vision. How the diversity of…

After a failed incursion in Cape Verde to try to get some food, and after a thousand fatigues and after countless problems and deaths, they finally make it, they complete the first circumnavigation of the world. Elcano and the survivors are received by the Emperor himself. The people of San Lucar have never seen…

Saffron is made up of threads, filaments that separate, as do the Victoria and the Trinidad in the Spice Islands. While the Trinidad, piloted by Gonzalo Gómez de Espinosa will try to return to the American continent in order to reach Europe again, the Victoria…

Seven is the number. Finally, Clove is here. The most precious spice that pushed this trip to be accomplished will not be easy to get. Magellan, immersed in an excess of confidence, will face the local chief Lapu-Lapu, in a battle where he pays with his life. So says Stefan…

Known by its unmistakable aroma and its unique shape, the sixth episode of “Browsing around the clove” is baptized as star anise.

The Armada de Molucca will arrive to The Philippines, (A.K.A Maharlika) They will be greeted by the Rajah Humabon. Magellan will seal an…