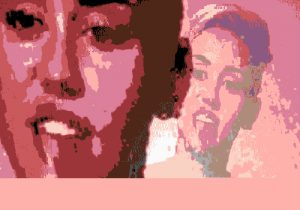 Some call it Pop, some call it Mainstream. The well known output of the legion of legends and good selling artists, dominating the international charts and medias. And they’re often get remixed and sometimes also “reglitched” – reason enough to spend a whole episode of Broken Error with some interesting examples…

Historical Bonustrack: Plunderphonics is a term coined by composer John Oswald in 1985 in his essay Plunderphonics, or Audio Piracy as a Compositional Prerogative. It has since been applied to any music made by taking one or more existing audio recordings and altering them in some way to make a new composition. Plunderphonics can be considered a form of sound collage. The process of sampling other sources is found in various genres (notably hip-hop and especially turntablism), but in plunderphonic works the sampled material is often the only sound used.

These samples are usually uncleared, and sometimes result in legal action being taken due to copyright infringement. Some plunderphonic artists use their work to protest what they consider to be overly-restrictive copyright laws. Many plunderphonic artists claim their use of other artists’ materials falls under the fair use doctrine. (Source: Wikipedia)