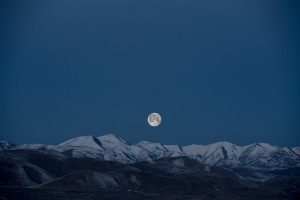 Standing Rock – what does it stand for?

More than 500 years ago started the physical, spiritual and social genocide on the Native Americans with the arrival of Columbus – and it is going on until today.

The “reservations” of the Indigenous Peoples Of America, still being referred to as “prisoner of war camps” by the Ministry Of Defence to this very day, hold 40% of the natural resources of the USA – mostly untapped.

Those reservations are forcefully kept under the administration of the Bureau of Indian Affairs, and run by puppets to control the lives of it’s populations and to keep them in dependency.

This way they are held among the poorest populations in the USA. The suicide rate is high and corruption is rampant. The native people are not empowered to work for the improvement of their lives nor are they supported to do so. Instead they have to ask for permission of the white man for nearly everything.

Though it is their land, guaranteed by treaties forever, the American Indians have no say at all of how to use it.

The Native Americans again have no say nor share in those profitable as well as destructive and polluting businesses.

Out of despair, a small group at Standing Rock reservation in North Dakota started in the summer 2016 with first peaceful actions to halt the North Dakota Pipeline project being build through their territory. Those protectors are aiming to protect their water reservoirs, especially the Lake Oahe, which provides drinking water for millions, and to protect their sacred sites and burial grounds.

The governor and the police called those unarmed, peaceful, praying protectors criminals and trespassers and arrested and attacked them with ultimate military-like violence.

For the first time in 500 years of history the natives united, fulfilling a prophecy of their forefathers. Countless members and representatives of several hundred tribes from all over the Americas came to Standing Rock, to peacefully join in the struggle with their brothers and sisters.

Even more, people from all social backgrounds, different colours and cultural identities poured in at Standing Rock to unite in prayer, work and ceremony. Finally several thousands of Veterans joined at Standing Rock to protect the protectors against police brutality.

Now it is harsh winter in North Dakota. It is freezing cold, blizzards challenge the huts, tents and yurts and the people themselves.

But still several hundred Water Protectors stand at Standing Rock with the firm determination to stop “The Black Snake”, how they call the pipeline.

This is a tribute to honour their struggle, which in fact is our struggle for clean water and the free access to it. The protectors in North Dakota fight for us – for our survival on this planet, against corporate greed and the destruction of the fundaments of life on our mother earth.

President elect Trump announced, that he is determined to immediately ease the access and start exploiting the natural resources of the Indian reservations once in office. Trump states, that he will widely ease the building of pipelines as well, especially the one in North Dakota. It has become a symbol. The native people once again will not be asked, but tried to be forced to step back.

That at least is the plan of the new government.

Standing Rock is the place where the massacre of Wounded Knee took place.

Standing Rock is the place, where Tashunka Witko, Chief Crazy Horse was killed, simply because he wanted his people to live as free people.

Standing Rock is the place, where for the first time in America’s history hundreds of tribes joined and stood as one in 2016. Still standing there together with their white, yellow and black brothers and sisters.

The family of Crazy Horse