What connects us: The First International Circassian Conference 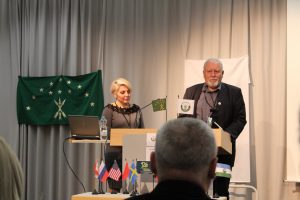 Under the slogan “What connects us”, the Circassian Repatriation Organization organized a congress held in Nuremberg (Germany), with the intention of bringing together Circassian experts and activists from all over the world, get to know each other, exchange ideas and put together political and ideological differences.

Despite being originally from the Caucasus, most of the members of this ethnic group live outside their ancestral lands since they were expelled by the Russian Empire in the 19th century.

The First International Circassian Conference is a program with the aim to explain the past, present and future of the Circassians (Tscherkessen).